Four women being playful in the studio, tintype, ca. 1890. Source 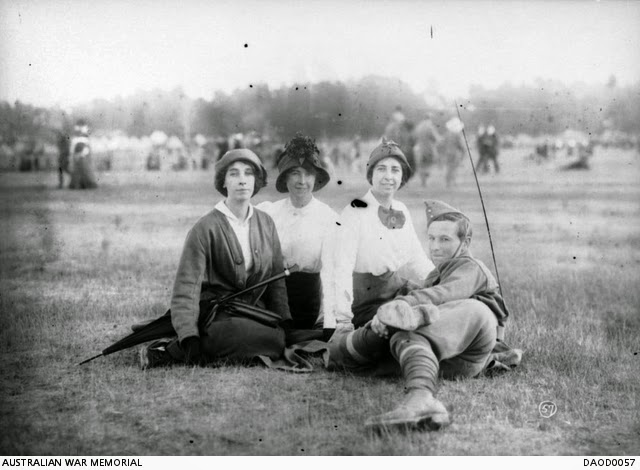 Group portrait of four people, Australia, ca. 1915. I confess I chose this one out of amusement at the unnecessarily awkward pose of the man in uniform. Source

Happy Anniversary! I so enjoy your blog.

I'm so happy to see something this good thrive - congratulations!