These photographs are early Agfacolour transparencies, essentially a film-based version of autochromes made in the early to mid-1930s. They were taken by the photographic division of the American Colony, a utopian Christian sect in late 19th and early 20th century Jerusalem, the archive of which was donated to the Library of Congress in the 1970s.

Most are not in very good condition, but as usual I find this only adds to their fascination.

A terrific set of cigarette cards depicting a flight from London to Amsterdam in the early days of commercial air travel. The images (each "from an official photograph supplied by Imperial Airways") are accompanied by text detailing "our" flight, from check-in and take-off, to views over the Channel, France, and Brussels (where we land for lunch), to the final landing in Amsterdam. I've included the backs with the text, as the little details are fascinating insights into a time when planes held "as many as" 20 passengers, reached cruising altitudes of 3,000 feet, and got from London to Brussels in "only" two and a half hours.

Back in the days before recorded music was easily portable (or even extant), getting a group together to sing around the piano was a popular form of entertainment. In accumulating photographs of this activity (which will probably still be in a future post), I was struck to see just how many there were of soldiers having a good sing at the piano. In the earlier twentieth century, pianos were, of course, much more ubiquitous than they were today, and a common feature of recreational spaces. Even today, an open piano seems to be pretty irresistible--how much more so to fellows who really need a chance to unwind. And, of course, wartime photographers, particularly official ones, tend to flock to the more reassuring types of images, ensuring the capture of some of these spontaneous moments of fun amidst the turmoil and uncertainty of war.


RAF men sing around a piano in a billet in France, December 1939. Source


Officers sing after dinner onboard the battleship HMS Rodney, 1940. Source 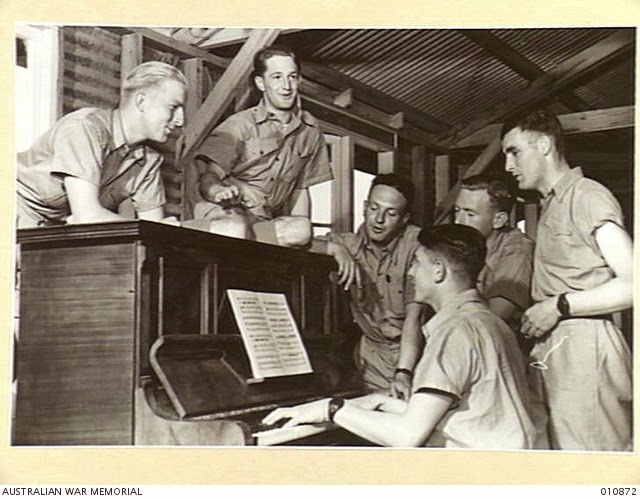 As long-time followers may remember, I'm an avid collector of a certain genre of postcards most readily defined as "French romantic fantasy postcards of the 1920s and 30s" (though admittedly not most catchily). I've devoted a couple of posts to these, as well as, last year, starting them their own blog. Eventually I decided the blog format wasn't doing what I wanted to, and set out to create a more online collection-like site to share the postcards and the research I've done with them (there is currently no source that discusses them at any length, at least in English). I have many more ambitions for the site than are currently realized, but I feel it's reached the point of being meaningful to launch, with the caveat (or bonus) that much, much more is still to come.

The new site, like the old blog, is named Mille Baisers, which is a French term of endearment often written at the ends of letters and postcards. It means "a thousand kisses."

The site currently features about 150 of these postcards, front and back, with relevant tags and cataloging information; I have somewhere over 300 in my collection which shall be added on an ongoing basis. Here are a few favourites.