In World War One, ships were frequently dazzle-painted-- painted all over with crazy lines and stripes, which served to confuse their locations and outlines to enemy submarines and ships in the days before radar.  These were not only black and white, as they appear in these photos-- shades of blue and acquamarine alternated with grey and black (as in this terrific painting by Group of Seven painter Arthur Lismer). Even at the time observers noted how harbours ended up looking like a floating modernist art show! Fascinating and beautiful... why don't we bring dazzle paint back? :)

Note: some of the very best dazzle paint photographs I found were unavailable for free use by me; if you are interested, dozens more are here. 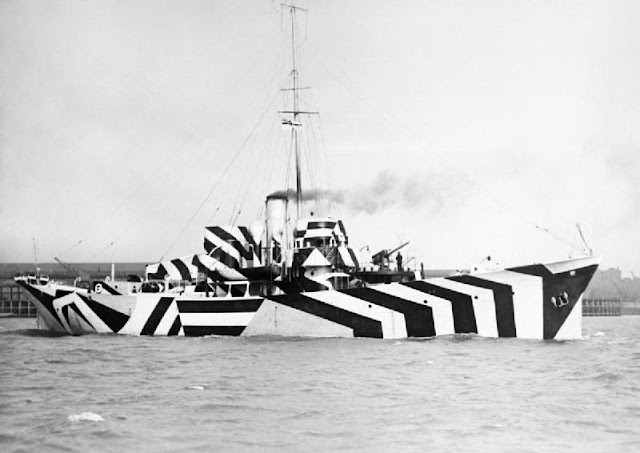 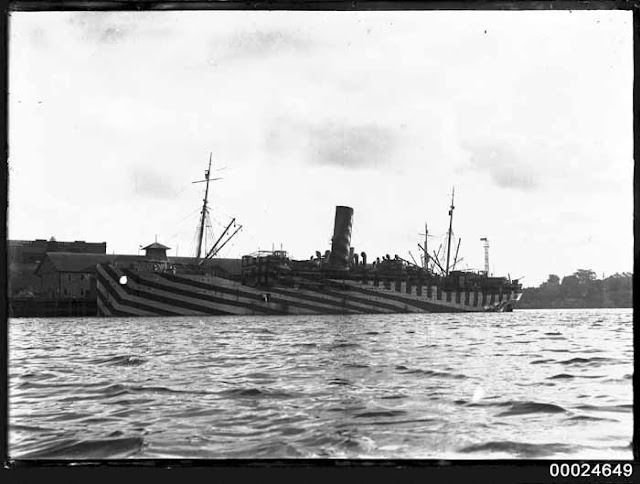 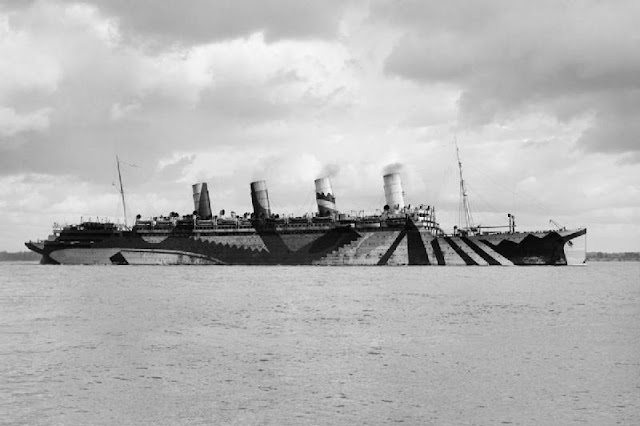 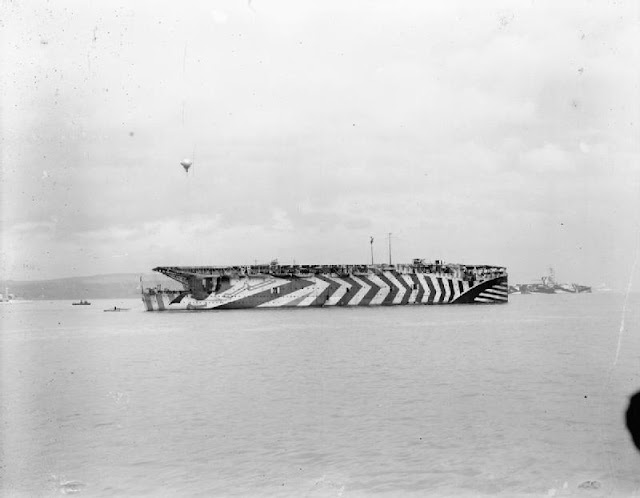 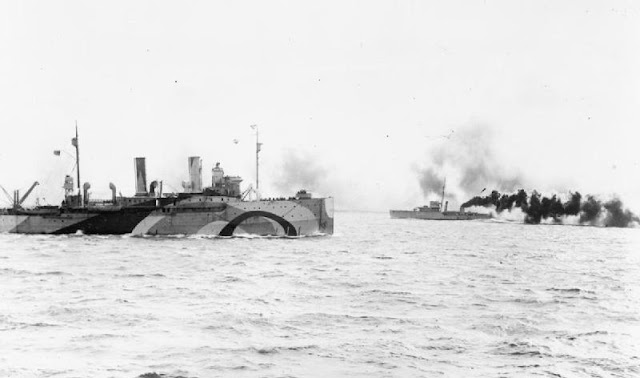 Minelayer USS Shawmut, left, being surronded by a smokescreen by the HMS Vampire. Source 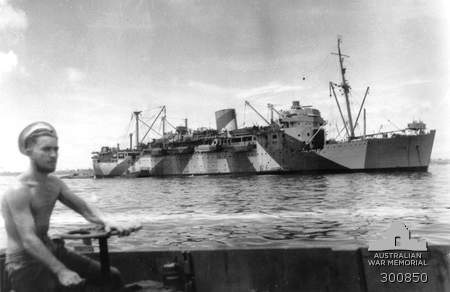 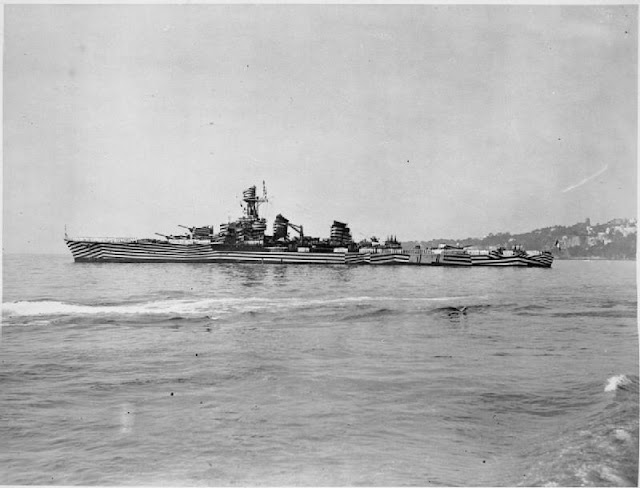 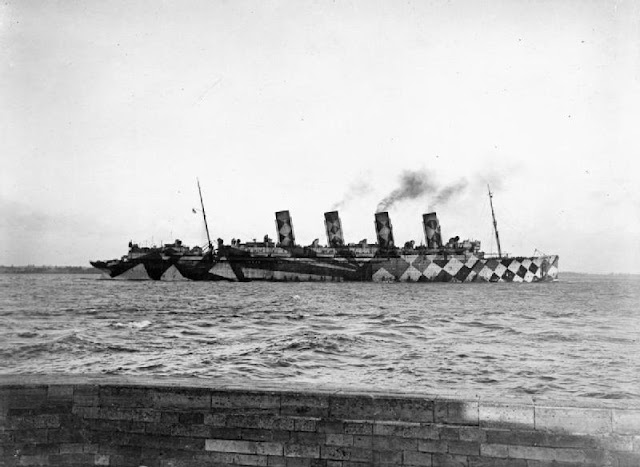 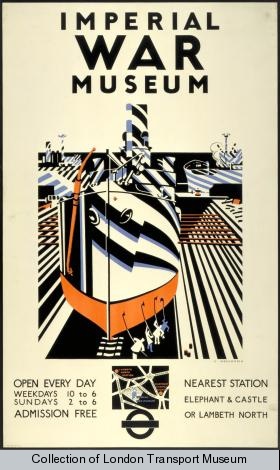 A brilliant London Transport poster for the Imperial War Museum, 1936, by Edward Wadsworth. Source
Based on this amazing painting.

Email ThisBlogThis!Share to TwitterShare to FacebookShare to Pinterest
Labels: ships, World War One

Now thats a way to fight a war! Dress up your ships abit! :-)