Another set of postcard messages from the past ( the first set is here). These are older-- two of them, in fact are over a hundred years old-- and some of them rather cheesier, the Hallmark cards of their day. Apparently sending postcards for birthdays was something people did quite often; I didn’t select for it, but three out of five are birthday postcards. I love old things always, but what’s best to me about postcards is the glimpses they give you of a person and a relationship. I think about who they are and what they’re saying under what they’re saying, and how they know each other and what they think about each other, and what part this note played in their lives. It’s all very exciting, isn’t it?

These are from my own collection, so no sources (hooray!). I bought them at an antiques market in Oxford, England, and despite the prices noted on them I think I got all of them for about two pounds. 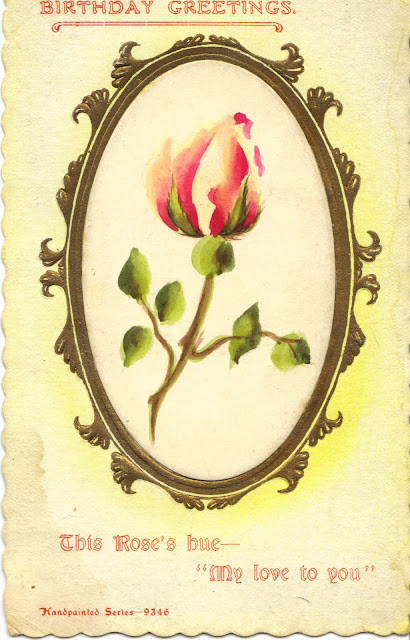 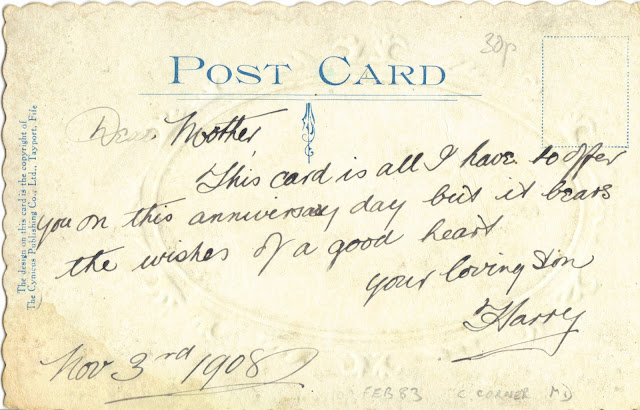 I love this one because it’s lovely, and also because the son is so artful in covering up that he only got her a postcard by being sentimental about it in a way mothers can’t resist. 1908. 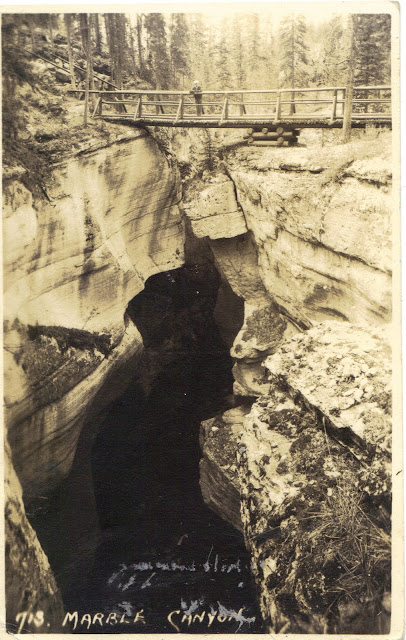 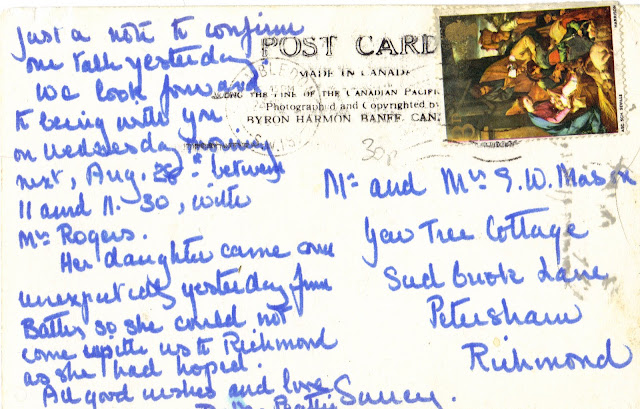 I can’t read the date on this one, but clearly it’s not as old as the others because of the felt pen (well, I think-- they didn’t have them in the 30s, did they?).  It interests me because I think the card is rather older than the message, and also the message reminds me of something you’d write in a quick email today. 19--? 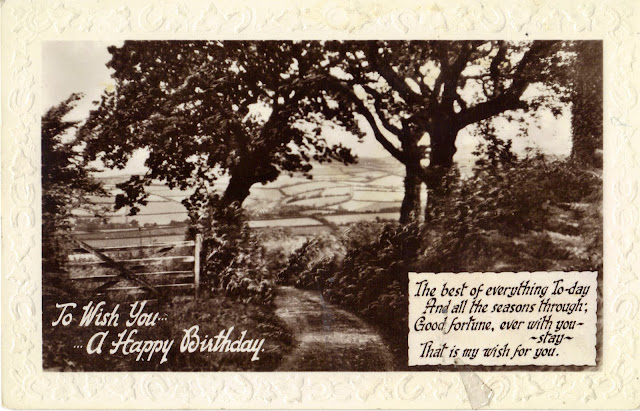 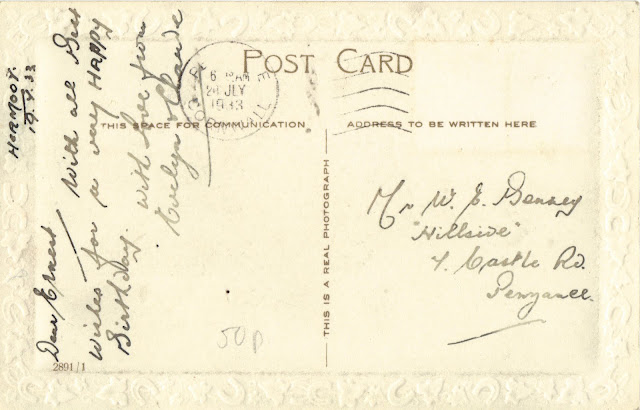 I find it interesting she (or he; Evelyn at the time could be either) calls him Ernest when his first initial is W. Also, as in all of these, I like the lack of postal codes. 1933. 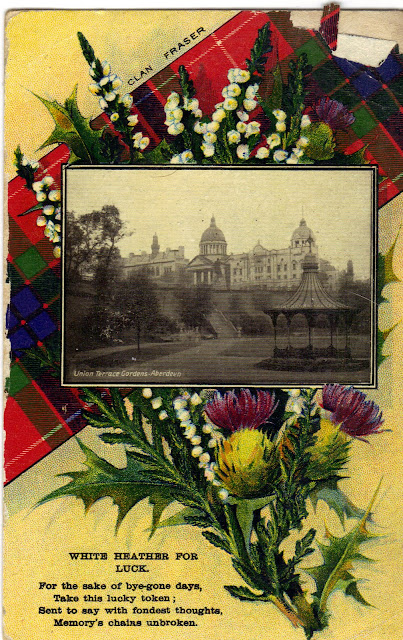 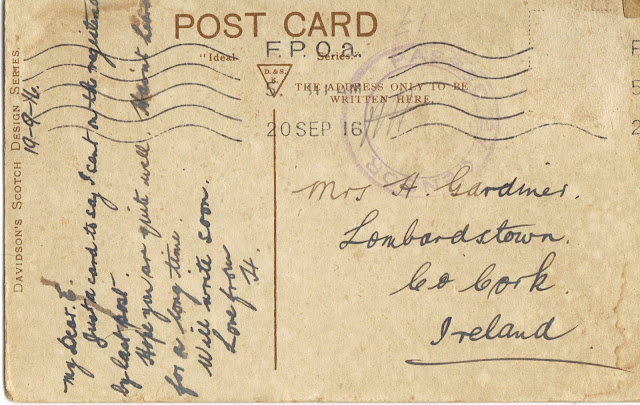 A card wonderfully dripping with sentiminataly, and a message that rather intrigues me.  I’ve no real idea what “Just a card to say I sent on the registered by last post” means exactly, but more than that, I wonder what the subtext is. My guess is that it’s a man writing to his wife, because it’s written to an E. but addressed to an H., and signed with an H.(and a ‘love from‘ H.)-- but then he hasn’t heard from her in a long time, and what’s he doing in Scotland while she’s in Ireland during WWI? It could not be from a man at all, and/or could be between friends or family, and/or there could be no subtext… but I can’t help but hope there’s a story there. 1916. 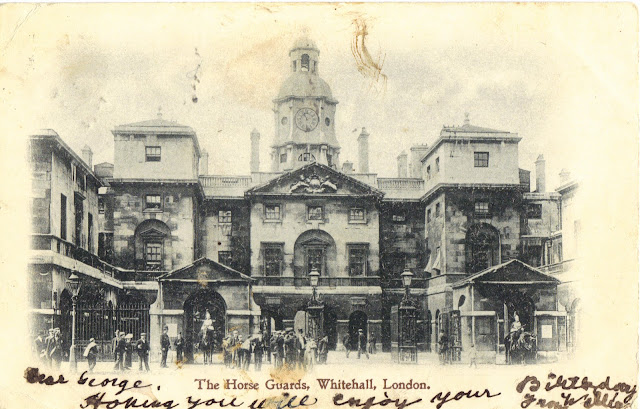 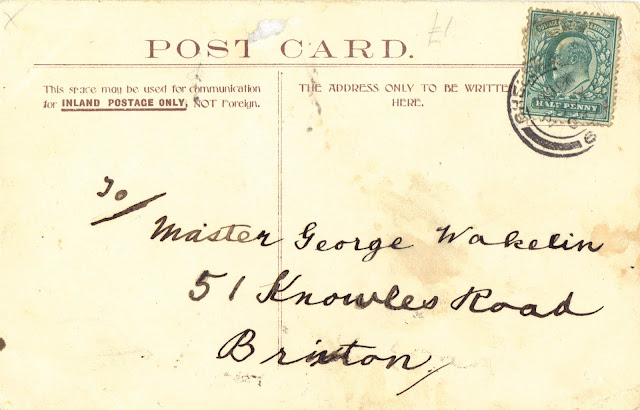 I adore this one because it’s old. It’s hard to see the stamped date but I looked up the stamp once, and I believe it was 1906 (and it looks like that’s what it says, doesn’t it?) but that may be give or take a year or two. I’m not at all surprised it’s from one man to another, consisting of exactly six lines plus names, but it’s nice he sent a note at all.  1906 (ish).

an admirer of the blob said...

I love old postcards as well for the same reasons you do - both for the actual postcards but also for the text and the message. A glimpse into the past lives of ordinary people.