Food Will Win the War

Wartime posters don’t exactly mince words. Whether it’s implying a soldier died because you didn’t buy a war bond today, or that every time you waste food a ship sinks (consider that a preview of the future sequel to this post), government designers never hesitated to use hyperbole. And, just like you could be the one to end the war just by lending a bit of money to the government, you could also help win it just by using less bread.

American posters from the First World War (and from the collections of the Library of Congress.) 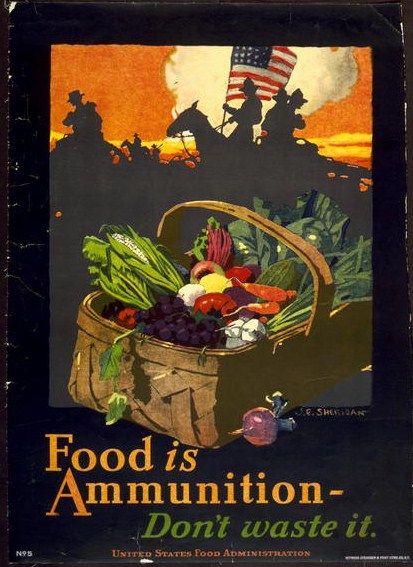 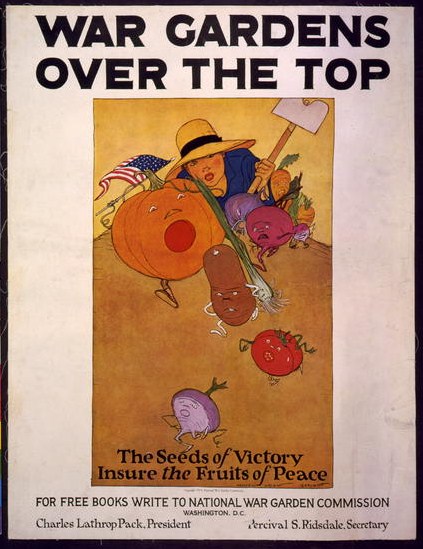 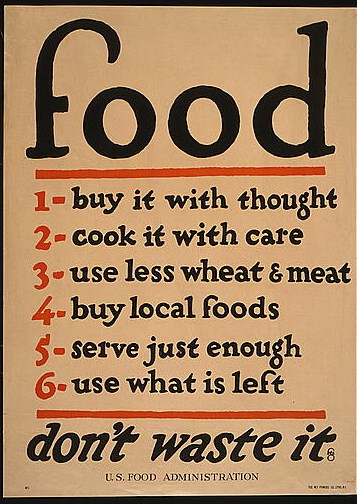 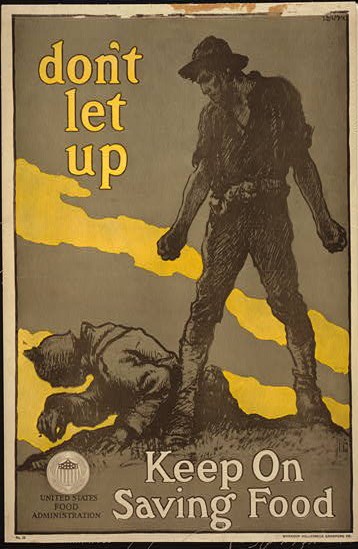 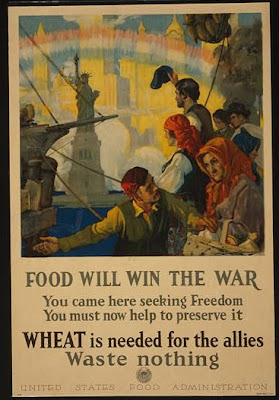 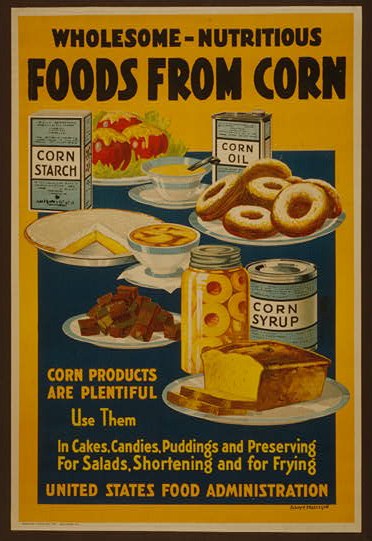 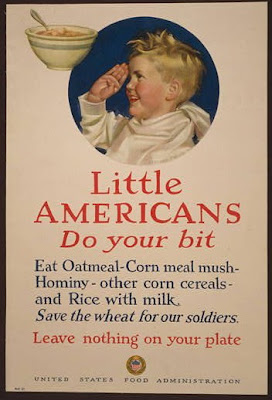 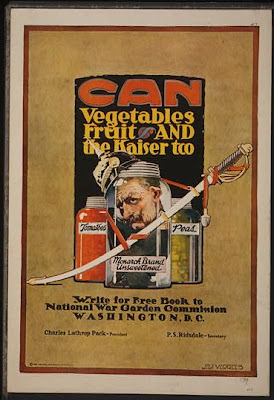 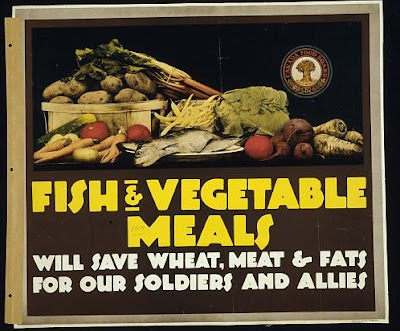 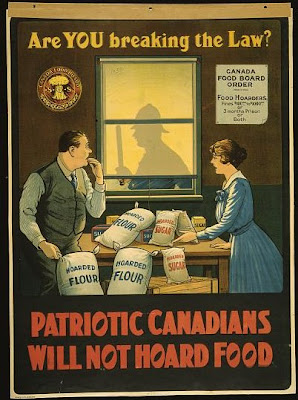 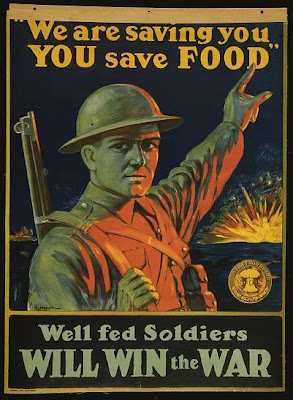