Another series of photographs from Esther Bubley (see Sightseeing Sailors). These focus on a young sailor, newly graduated in June, returning to visit his high school on his very first leave, October 1943. The Library of Congress doesn't give any more detail, but none is needed. The photographs are eloquent in portraying the world of difference between this young man who has been off to war and the kids barely younger than he whose world is still school. It's been a few months, and it's been a lifetime. Photo essay at its very best. 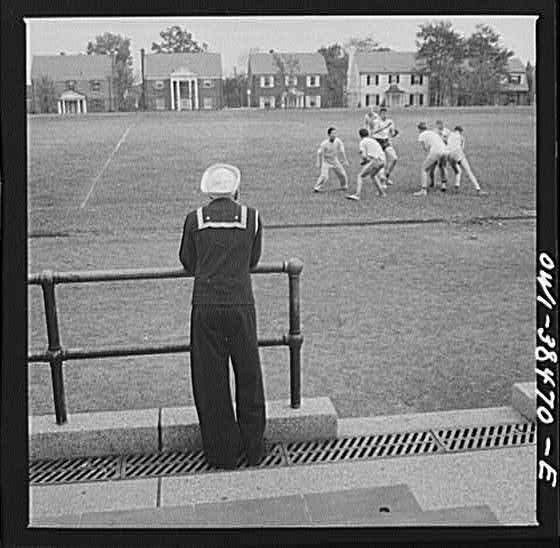 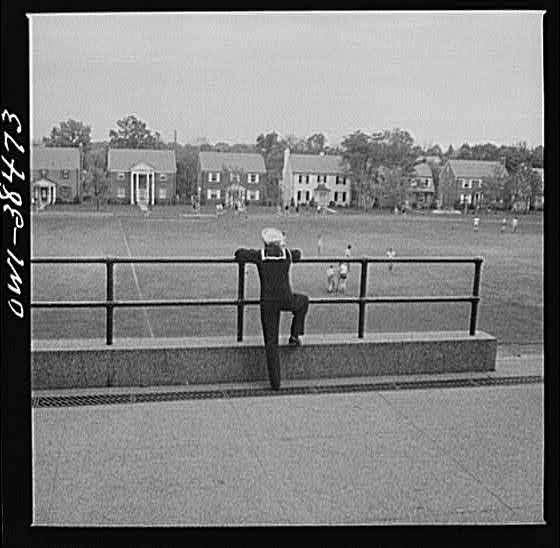 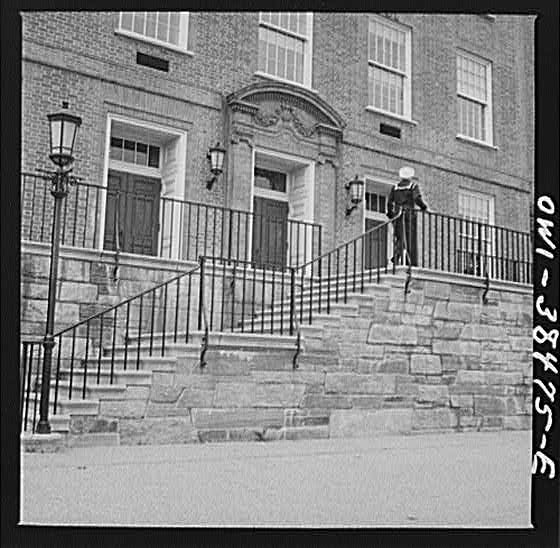 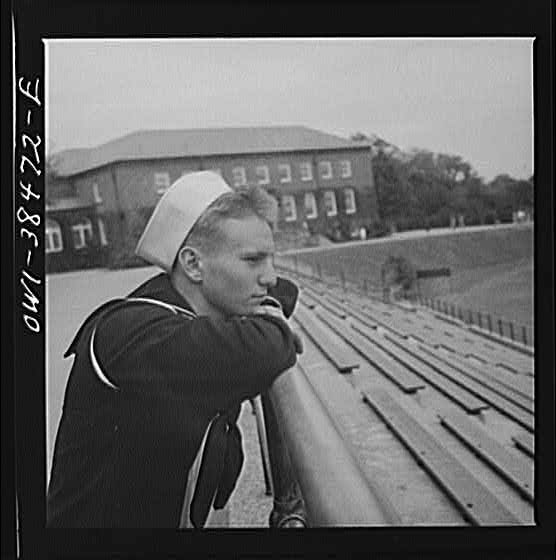 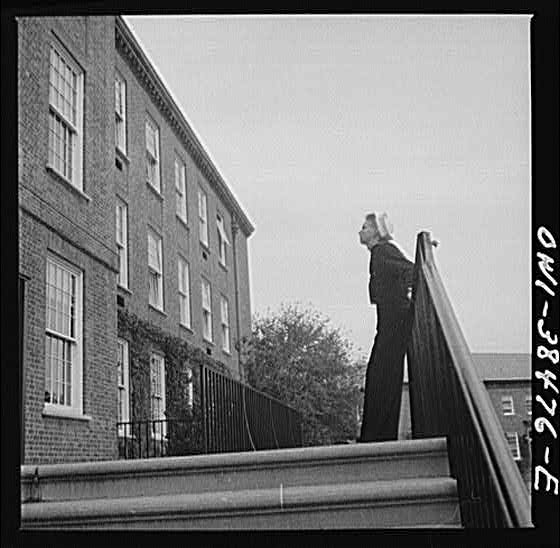 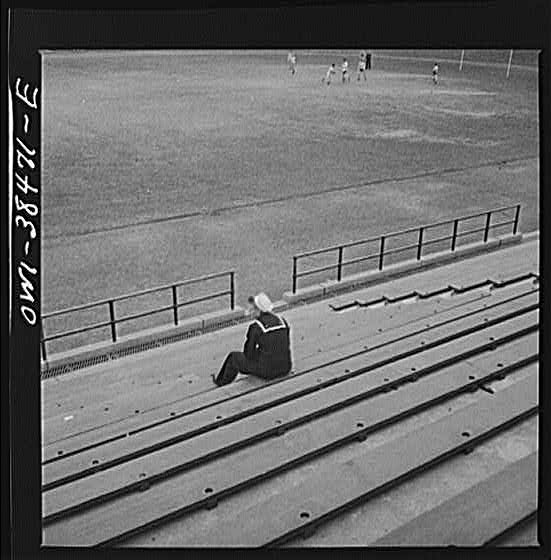