The Tube in the Blitz

It's so incredibly hard to imagine what it would have been like to be in London -- or any other of the English or German cities under attack -- during bombing raids. So frightening to imagine the blackouts and the sirens and the masks and the shelter -- and the degree to which these things became a part of daily life. Today we have a collection of posters from the London Underground during the Blitz, which I feel really emphasize both the frightening and the ordinary aspects of the time.

Those who did not have access to air raid shelters could shelter in certain Underground stations, as seen in some of the posters. 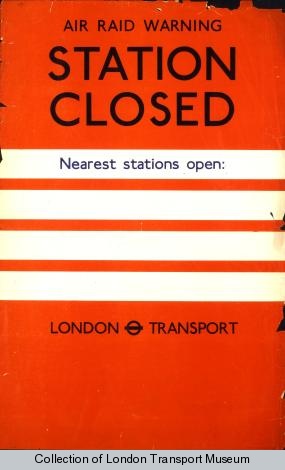 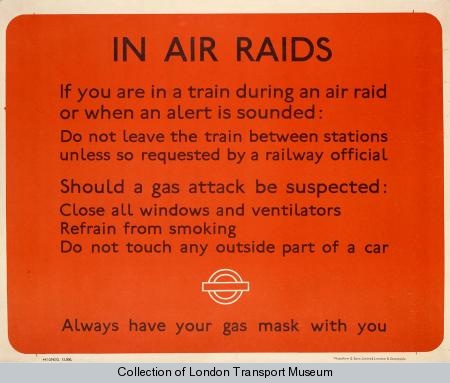 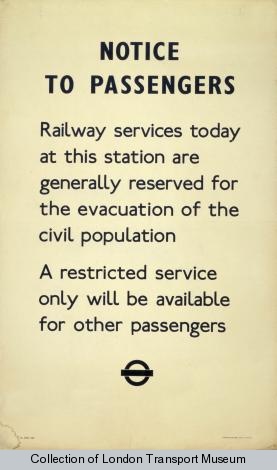 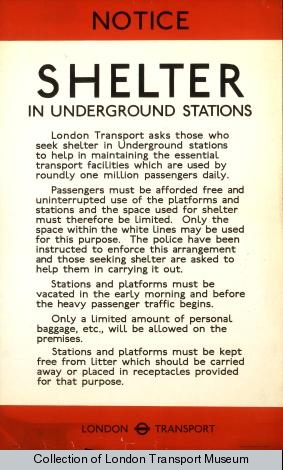 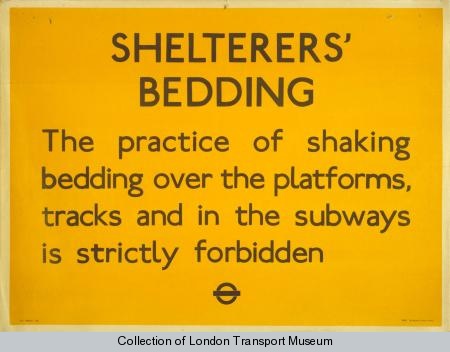 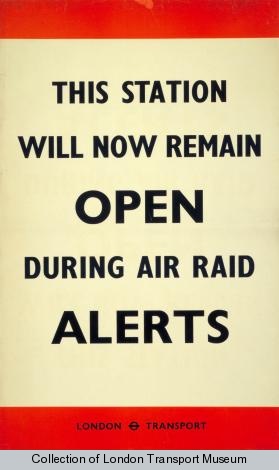 Why can't you shake your bedding over the tracks??? Just wondering.