Possibly the thing I love the most about adventuring through online archive collections is how you can come across something you never would have thought to look up, and never would have thought you'd find interesting, and then be fascinated. There's something about seeing the faces and scenes of days gone by that's just so compelling [I've started to think I really should have studied modern history!]. Of course today's post is a case in point. I was skipping through the Flickr Commons and came across the first photograph here, thought it was great and turned to the collection it's a part of -- and become fascinated with the early days of airmail in the United States!

A very quick context-- airmail service started in May 1918 between major cities on the East Coast, initially using army pilots and planes. By 1924 trans-continental service had been introduced, with the advent of lighted runways-- important when it took 30 hours to cross the country by plane!

All right, on to the really interesting bit-- as ever, the pictures. All from the Smithsonian Postal Museum, with more details on the linked pages. 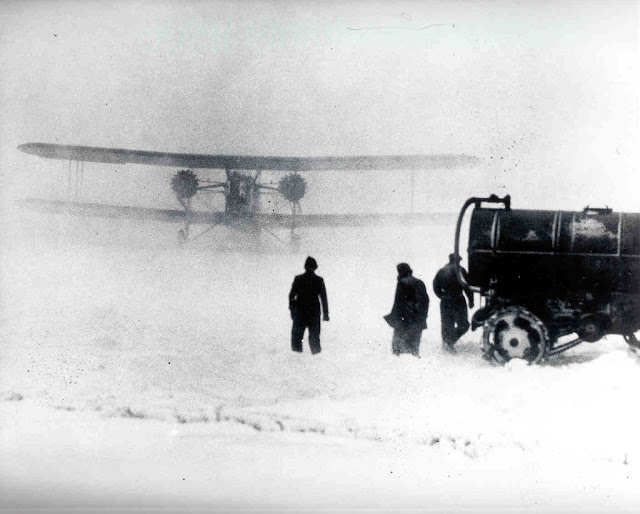 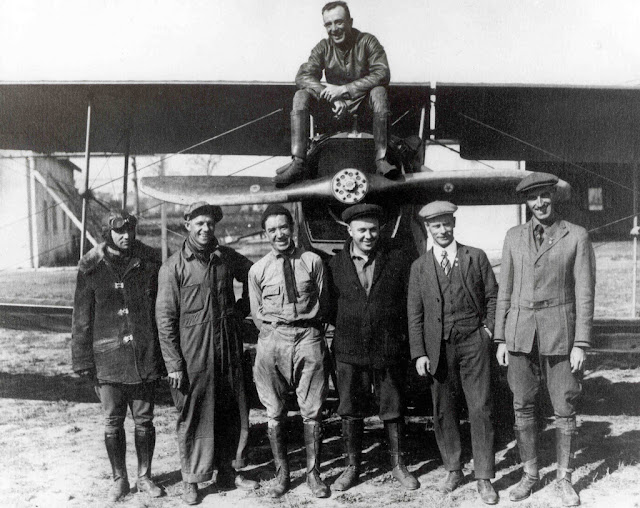 A group of men and pilots with plane. Sitting on the plane is Eddie Gardner, one of the first airmail pilots. 1918. Source 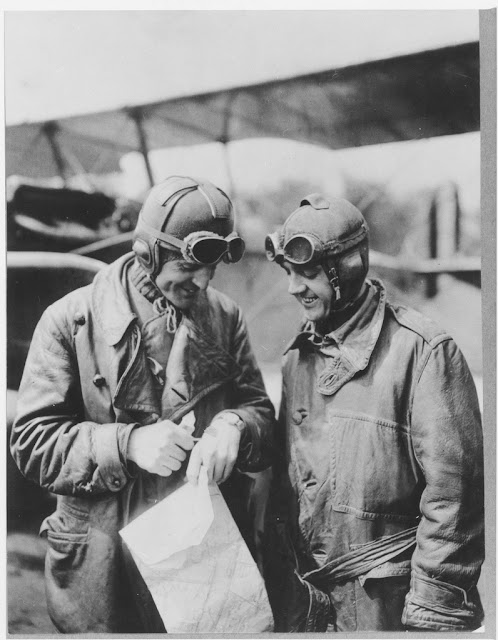 Army Air Corps pilots Major Reuben Fleet and Lt. George Boyle, some of the first to fly airmail. The two of  them are admiring Fleet's watch -- each of the army corps pilots was presented with a new watch in honour of their historic flights. 1918. Source 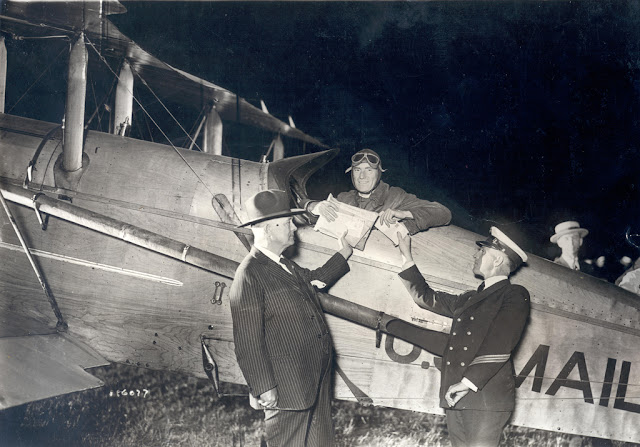 A posed photograph with the postmaster general and a military officer presenting pilot James Hill with a ceremonial bundle of mail for the very first scheduled transcontinental airmail flight. July 1, 1925. Source 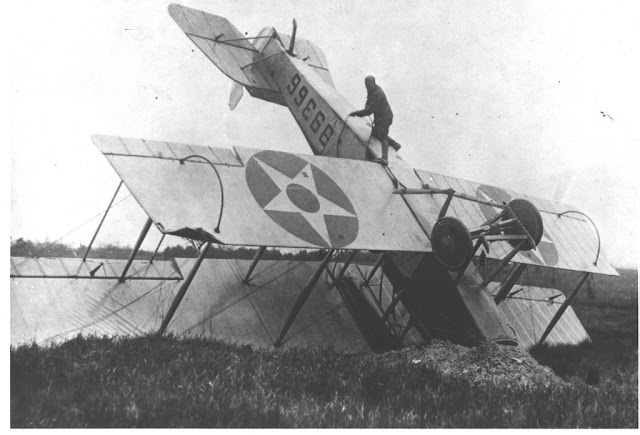 And, well, not all the flights went so well. A crashed airmail plane in 1918, with pilot Lt. Webb (who was obviously all right, luckily!) climbing the body. Source 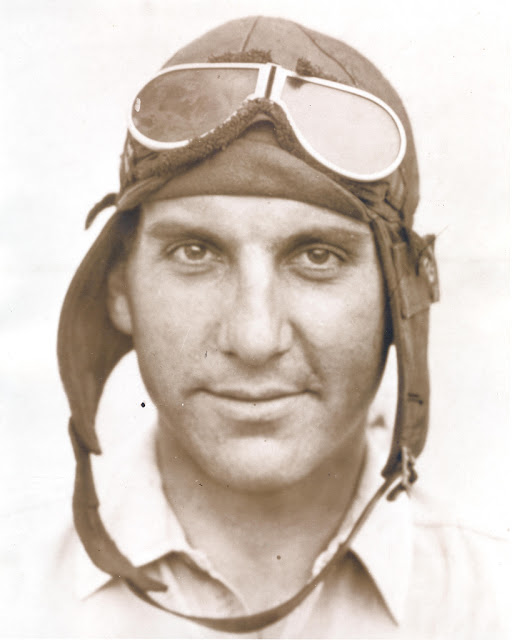 Airmail pilot Dean Smith, c. 1924. The Smithsonian has an interesting (and lucky!) story about him which I recommended reading here [which is, of course, also the source]. 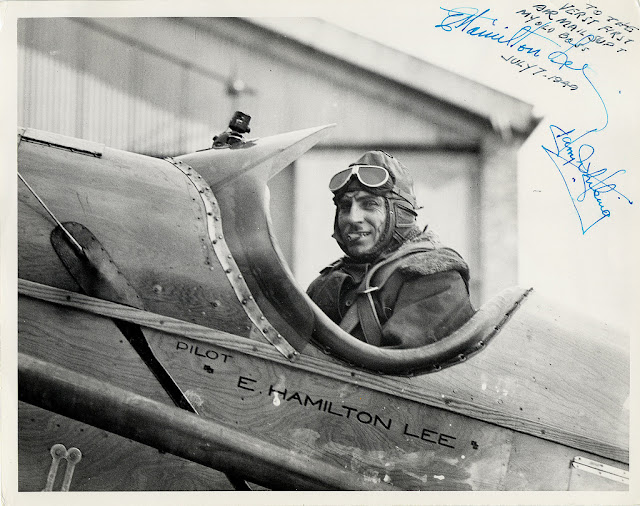 An autographed photograph of pilot E. Hamilton Lee, taken in the 1920s but signed 1949. Lee flew with the Post Office for most of 1918-1927, and then with United Airlines until he retired in 1949, having flown longer and farther than any other living pilot. Source