Thanks to the photographers employed by London Transport over the last century, the collections of the London Transport Museum include thousands and thousands of London street views. These are terrific to look at, especially if you've ever been to London and know the places, but even if you don't. I love to look at the buses and the people and the signs, all seeming familiar yet different. London is also surprisingly hazy... a consequence, I'm sure, of the pollution and smoke that lead it to be known as a 'foggy city' when in fact there's very little fog.... oh dear!

These are all from the 1920s, simply because it's the decade I started with, because I love the 1920s.

The main page for the over 22,000 photographs of the London Transport Museum is here. 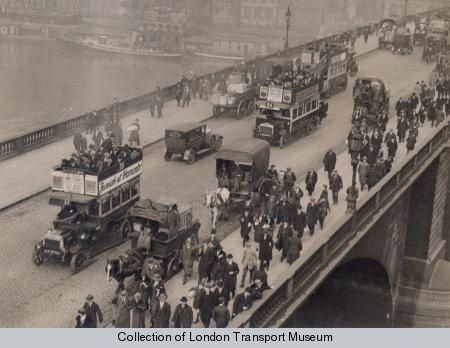 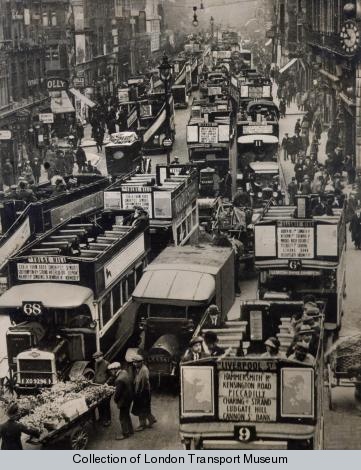 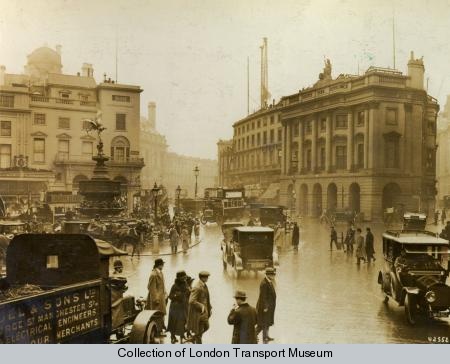 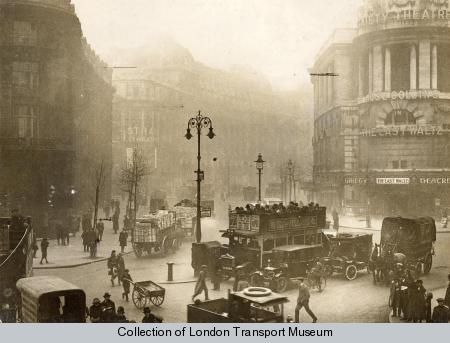 Traffic Scene on the Strand. Source 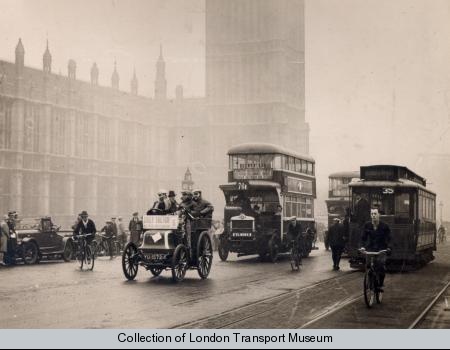 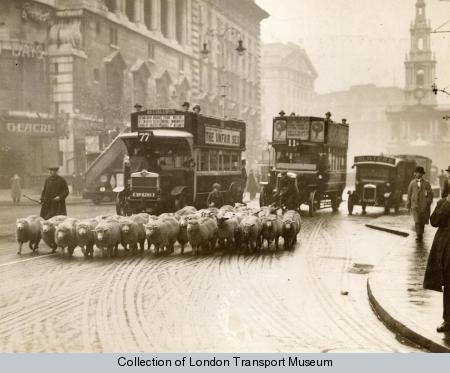