Commuting in the Twenties

I find it fascinating to look at old photographs of familiar places and situations. It's so familiar, and yet different-- rather like travelling between North America and the UK! Today's photographs come from the London Underground (the Tube), though I expect they will resound to anyone who has travelled by subway or train anywhere. While of course the clothes and ads are different (not to mention the abundance of hats!), it's really not so different, is it?

These photographs come from the collections of the London Transport Museum-- one thing I'd like to note is that their photograph URLS seem to change at times, so if any of the links have changed, I apologize. 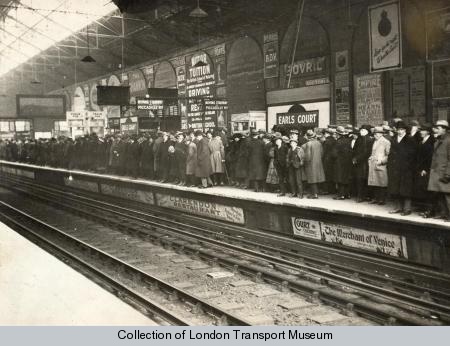 A platform at Earl's Court Station, 1923.  I find it especially notable to see how there are in fact more ads than today--even below the platform! Source 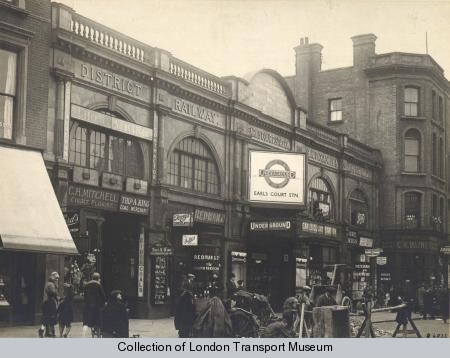 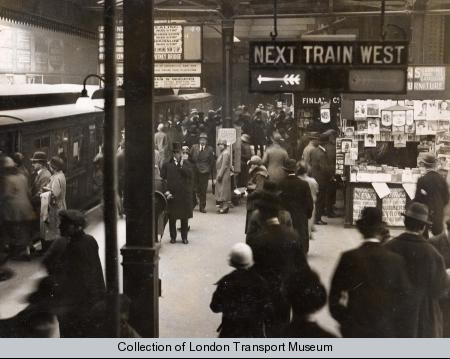 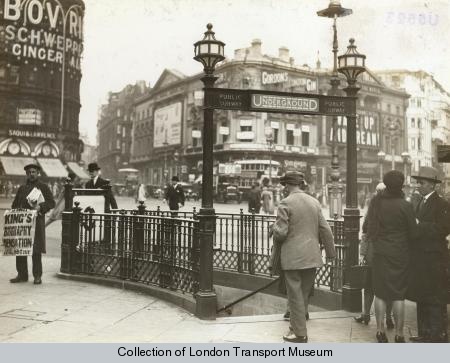 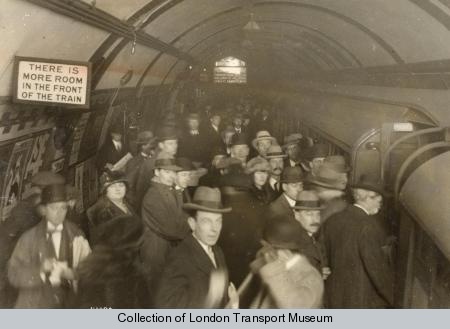 Passengers (all in hats!) boarding a train at Piccadilly Circus, 1922.  Source

I like the sign that says - there is more room at the front of the train. Funny.

That's because even today, Tube travellers tend to crowd on to the carriages that stop nearest the exits, to shave a few seconds off their journeys. If you go to a carriage at either end of the train, it's generally less crowded. Unless it's on one of the trains that stop on a platform where the stairs are at the end of the platform!