Back Him Up With War Bonds

Some more First World War War Bonds posters today. The makers of these used every tactic and every angle, it's really quite a dazzling array in a way. A favourite tactic was the direct equation of buying war bonds to fighting in the war yourself -- you're helping to win the war with your money just like those men in France are helping to win it by going over the top and getting blown up. Taken further, this implies if they're still dying and not winning, it's your fault for not buying war bonds (or victory bonds, liberty bonds, etc-- see my first war bond post). I find it interesting though really quite horrible, and I've chosen some of the starkest examples from various countries. The US seems to have used this approach the most, though Canadian propagandists weren't far behind.

From the Library of Congress's collection of World War One posters. [I apologize for those that aren't quite straight; they are scanned posters that I didn't correct] 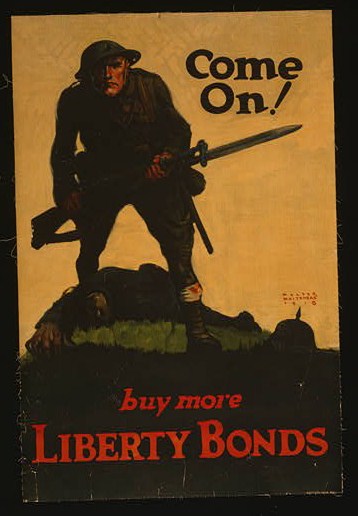 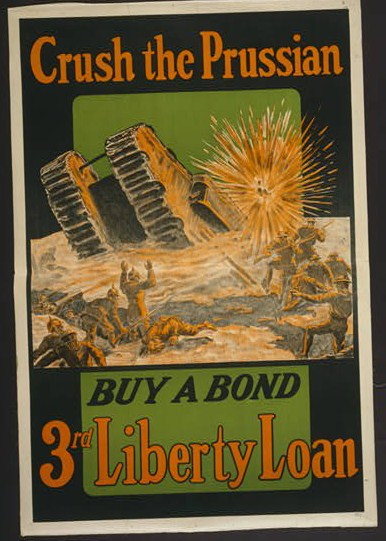 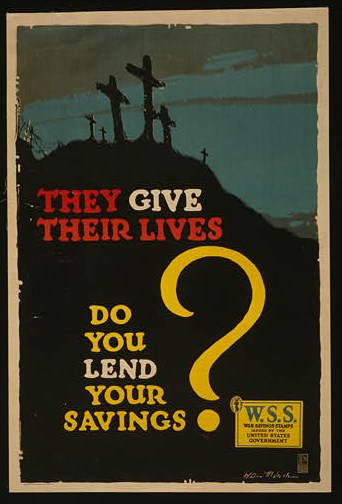 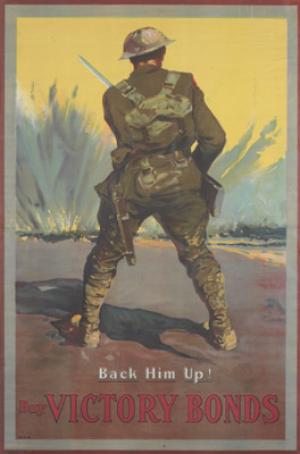 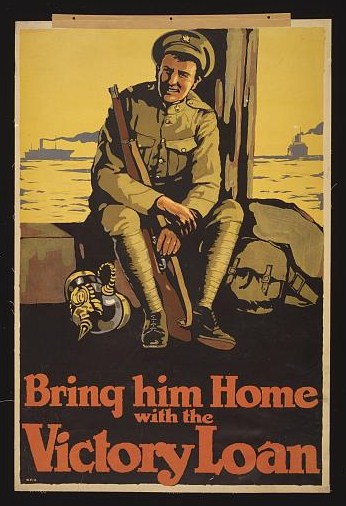 This one almost seems like blackmail, doesn't it? Canadian. Source 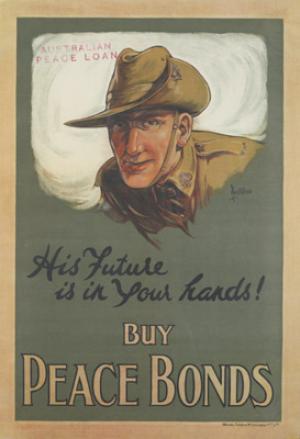 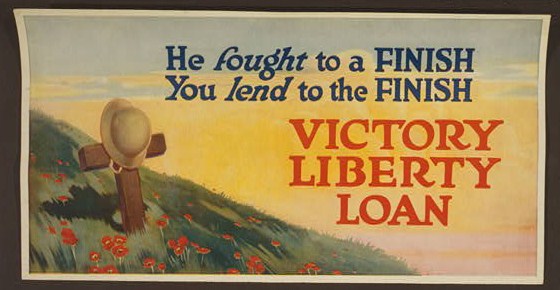 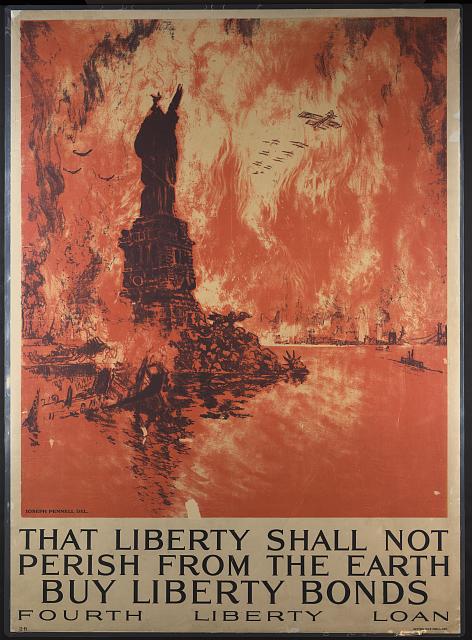 I think someone took this a bit too far-- apparently not buying Liberty Bonds will result in the end of the world? Source 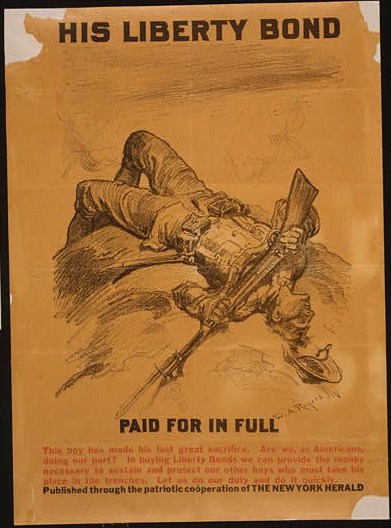