I've just finished a truly absorbing and moving book--  Aces Falling: The War Above the Trenches, 1918

, by Peter Hart, full of firsthand accounts about the experience of piloting aircraft in the First World War. I've become so captivated by this topic -- there's something about the war in the air that is both admirable and tragic. A pilot counts as an 'ace' once he has shot down at least five enemy aircraft, and was a much coveted title on both sides. I, of course, find the stories of pilots who didn't do this just as compelling as those who have (see Australians of World War One), but all the same the talent, daring, and often pure luck of the top aces is just stunning. All of the following men are among the top aces, though I've brought these photos together without focusing on ranking, and only one is the very top of his country. 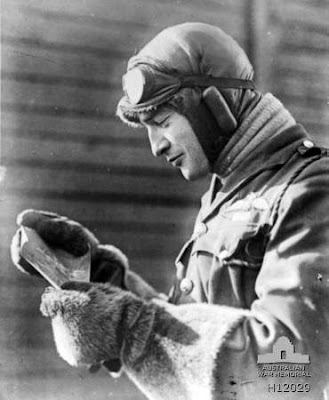 Frederick McCall, a Canadian ace with 37 victories. Fred McCall is of particular interest to Calgarians (of which I am one) for the role he played in early aviation in the area-- and of fascination to anyone for the time his plane stalled over a large crowd and managed to land his plane safely on a merry-go round! (a picture is here!)  Source 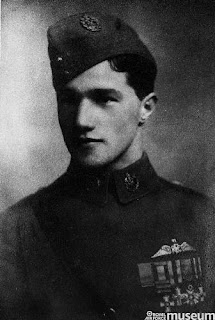 Albert Ball, a British ace with 44 victories, fourth highest amongst the British aces, and recipient of the Victoria Cross. He crashed following a dogfight in 1917, and died in the arms of a French woman who had pulled him from the wreckage. He was 20.  Source 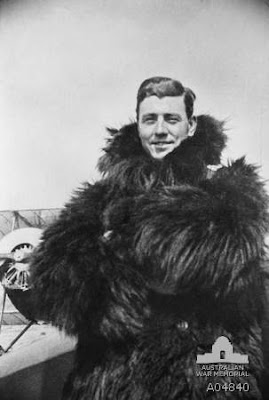 Roderic Stanley Dallas, an Australian ace with 39 (or so) victories, and a hugely respected squadron leader. The day the message was sent promoting him to Lieutenant Colonel and ordering him to stop flying, he was shot down on a solo mission. According to everyone who knew him he was a truly wonderful person, the kind who never said anything but nice things about everyone and didn't even seem to think them (paraphrased from an account in Aces Falling; see above). He was 26.  Source 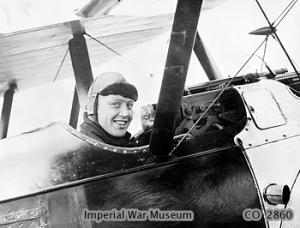 Raymond Collishaw, Canada's second top ace (behind only Billy Bishop) with 60 credited victories. Like McCall he was fortunate enough to make it home to his native BC (and in fact, Nanaimo's tiny airport is named for him).   Source 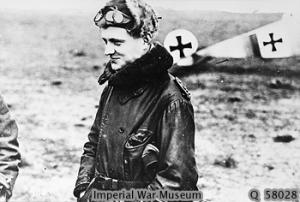 Manfred von Richthofen-- the Red Baron himself. Not only the top-scoring German ace, but the top ace of the whole war with 80 wholly confirmed victories. He was not only a talented fighter pilot himself but inspired and encouraged his pilots to excellence. He was finally shot down in 1918. Even he, the legendary Red Baron himself, was only 25 when he died.  Source