What did YOU do in the Great War?

We've had a few World War One posts in a row, and we'll have a change tomorrow, but today's post follows very closely the theme of the last. This series concerns the various methods of coercion and propaganda governments used to get men to enlist for the military in the First World War. Poster designers employed a multi-faced approach, enlisting all kinds of arguments for the 'cause', whether or not they made logical sense. As usual this shall be an ongoing series and we shall explore various of these, but today's post concerns itself primarily with the tactic of guilt. It's amusing at first, now, with distance.... and then really quite awful. 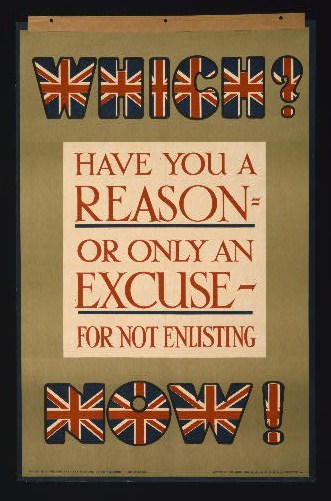 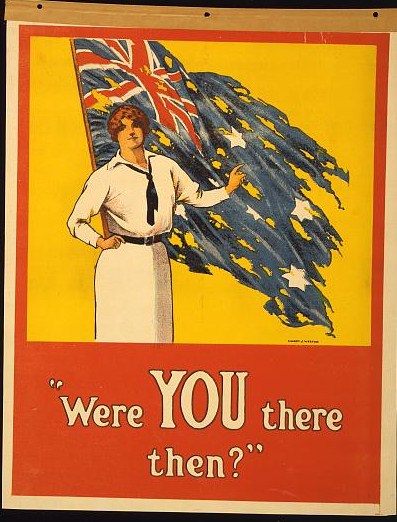 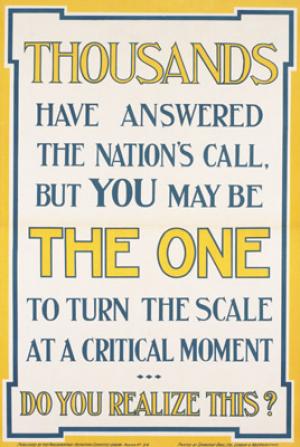 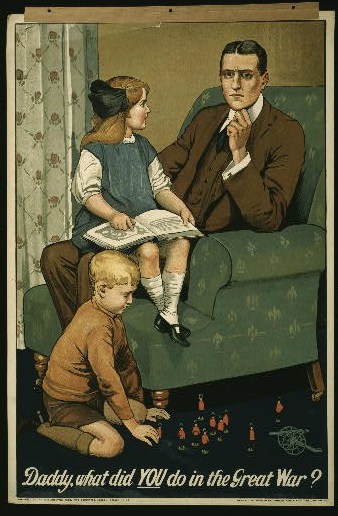 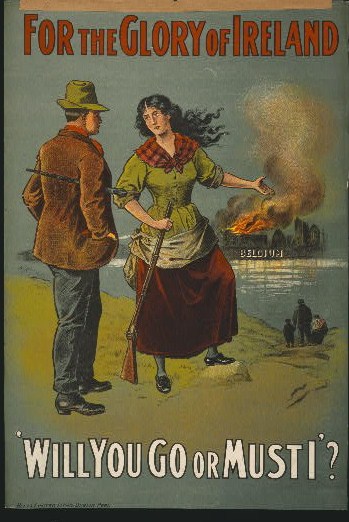 Irish poster, naturally [though Ireland was under the British Government]. Source

Nice posters and a great patriotic look back!