Pets of World War One

The National Library of Scotland has a terrific collection of official photographs from World War One, from professional photographers who were sent out into the field. We'll come back to this archive, but today we're going to focus on one part of the collection-- pets and mascots.

Pets and animal mascots were common among the men on the Western Front... and isn't that terrific? Lots of these photos were taken as a kind of propaganda, to show the people back home that it wasn't so bad out there, sure-- but nevertheless, you can see the real bits of joy that these animals brought to men in a very difficult place. Very touching.

The fox mascot of an RAF squadron. Source

""Stunter" the clever mascot of the Tank Corps who, owing to his experience gained by riding about in Tanks, can balance himself on the bars of a motor-bicycle." [Original caption of the photograph] Source

This isn't quite a pet-- the man is a driver for the Royal Regiment of Artillery, and that's his horse-- but fits the theme of the bond between men on the front and their animals. Source

Soldier and dog ("Tommy still keeps his pet with him") Source 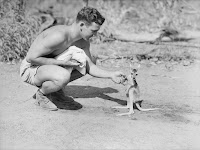 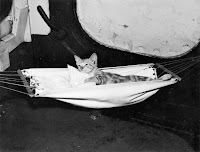